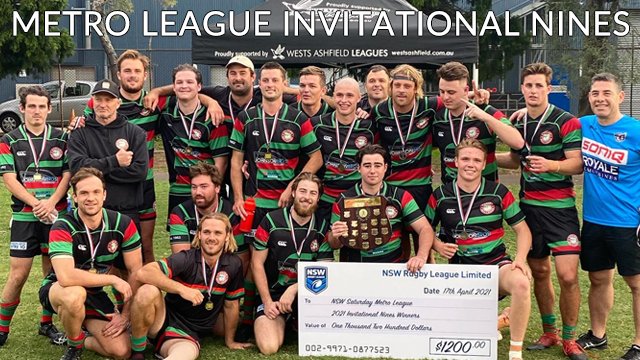 After 14 action packed matches the Avalon Bulldogs have taken out the Saturday Metro League Invitational Nines at Blackmore Oval today.

After dominating their pool the Bulldogs came up against Ryde Eastwood Hawks in the final and while the Ryde took the ascendancy with a early try, Avalon hit back just before half time to draw the scores.

In the second half Ryde once again scored first and it look liked the match was going to fly away with the Hawks, unit a 80 metre try in the final minute from the Bulldog’s tied the match and while the field goal missed Avalon were crowned Champions on count back.

For all the results of the day see below.