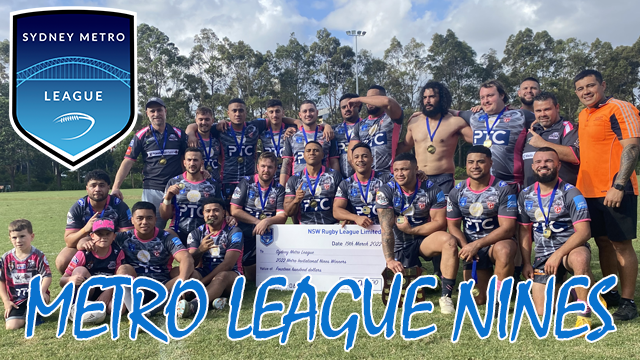 After 364 points, 15 games and 270 minutes of Sydney Metro League Nines Rugby League, Concord Burwood Wolves have been crowned the champions after defeating TAFE NSW Polecats 2nd’s 30 to 8 in the final at Blackmore Oval.

It was an action packed day with end to end tries and some brick wall defence but ultimately the day belonged to the Wolves, after the lead all the way in the final posting the highest points tally of any match previously and while the Polecats ended with 2 conciliation tries Wolves claim the match, the Arnold Stehr Nines trophy and the prize money.

The Sydney Metro League would like to thank all the clubs for providing a great day, along with Leichhardt Wanderers for the facilities and ground.

So with keep checking back here as we soon will have the makeup of the season after NSWRL releases the clubs into the 2022 season.